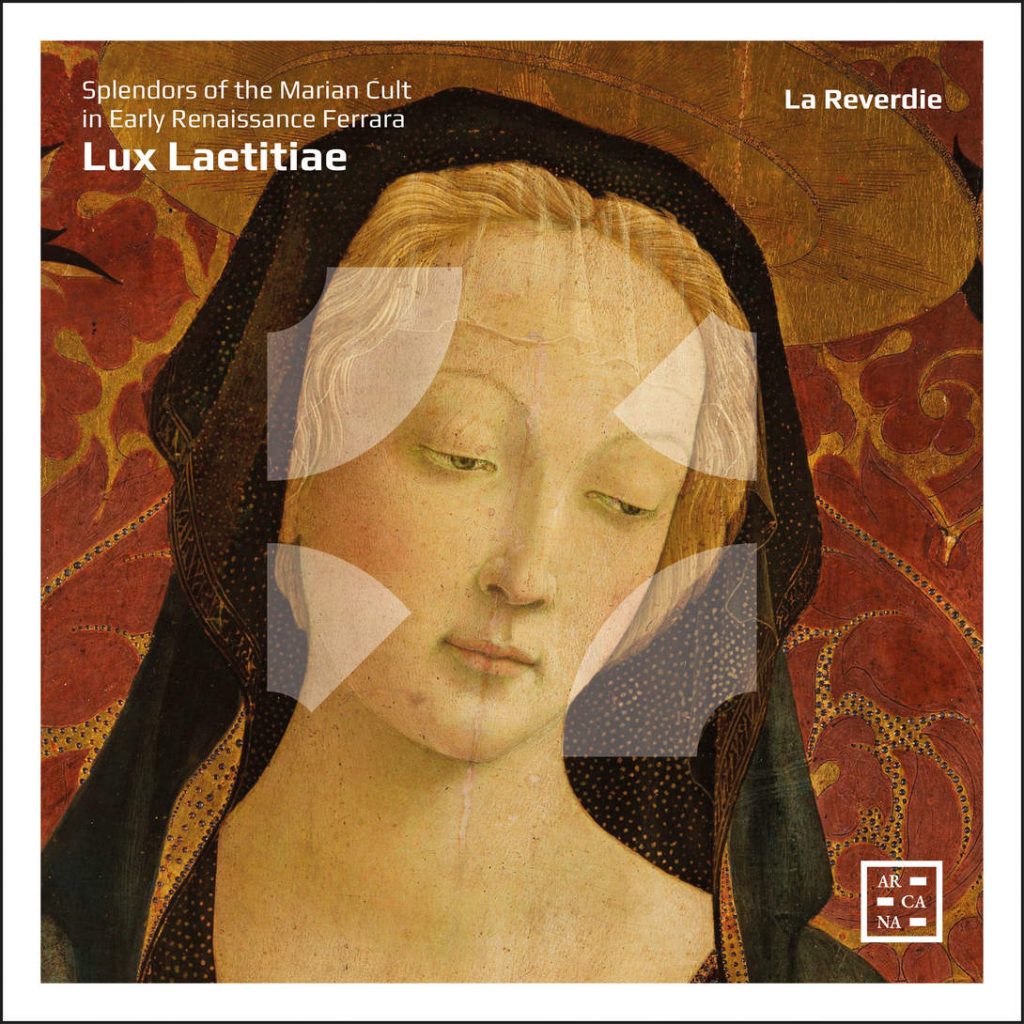 With Lux laetitiae, La Reverdie continues its discographical journey after the success of its most recent production devoted to Francesco Landini: from the Florence of the great blind composer of the fourteenth century, to the splendour of the Este court in fifteenth-century Ferrara! The programme presents twelve pieces from an important codex that belonged to the court, in which fashionable composers such as Guillaume Dufay and John Dunstaple tried their hand at the motet genre. The performances combine six voices with a rich array of instruments and aim to reproduce the resplendent sound of the Este cappella at the time of Lionello and Borso, passionate patrons who attracted to Ferrara many talented artists charged with adorning the court with art, beauty and harmony. An exploration of the prolific tradition of the Marian cult which, from the twelfth century onwards, was manifested in an extraordinary wealth of musical forms and which, in the fifteenth century, resulted in grandiose compositions that can still captivate us today with their complexity and fascination.